A wedding day has many sweet and heartfelt moments, but few are as romantic as the first look. Since you’re likely by yourselves or accompanied by only a few loved ones, the pressure’s off and the two of you can connect before you enter the spotlight.

According to the photographers I talked to, not as many Milwaukee-area couples do first looks as you might think. Are you planning to have one? Take a peek at these eight moments, and consider what many of the couples have to say. Their touching words and the priceless looks on their faces—whether they’re actually looking at one another or not—are nothing short of convincing! 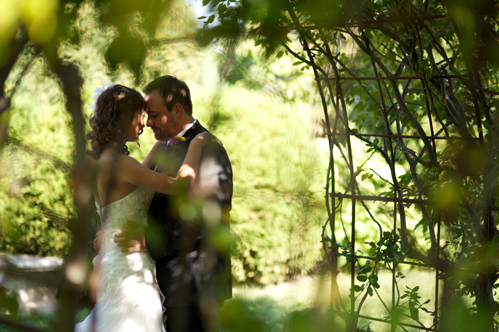 A vine-covered arbor gave Natalie and Robert the chance to share a private moment before their wedding at Villa Terrace in Milwaukee. Even their photographer kept her distance for the gorgeous shoot. Photograph: Champagne Studios 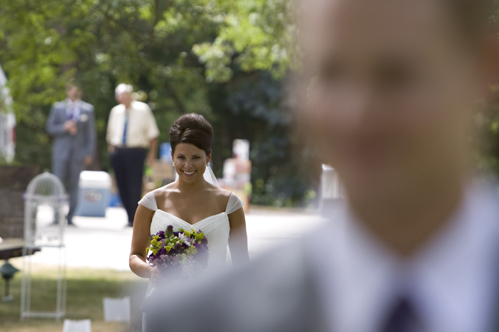 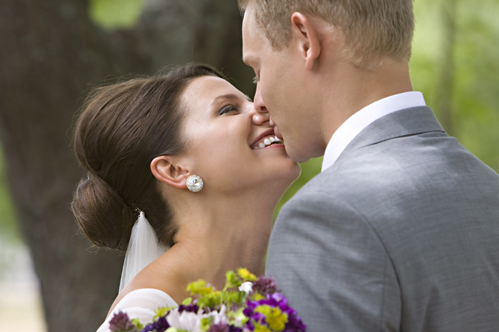 A few loved ones looked on as Elizabeth sneaked up behind Daniel for their first look. Later that day, they married in the same location—the backyard of her childhood home in Lake Country. “We put tradition aside so our first look was intimately shared between the two of us,” Elizabeth explains. “It allowed us to take in our big day and privately reaffirm our love for one another.” She recommends you do it, too! Photographs: KB Image Photography 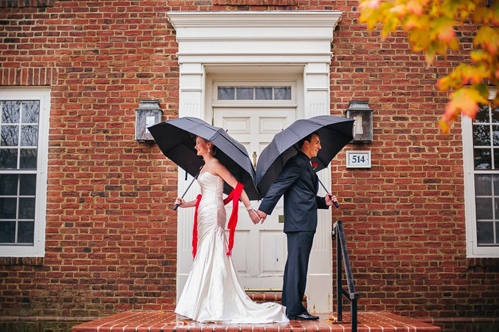 Before their Delafield ceremony, umbrellas kept Amanda and Aaron from seeing each other until the perfect moment. “When I finally got to turn around and look at her and saw her beautiful, shining face and how wonderful she looked in her wedding dress, I was so excited!” he says.
“I was standing there with my best friend and soon to be husband and life was perfect for that moment in time,” Amanda adds. “We were laughing, holding each other, telling jokes and just being ourselves.” Photograph: Andy Stenz Photography 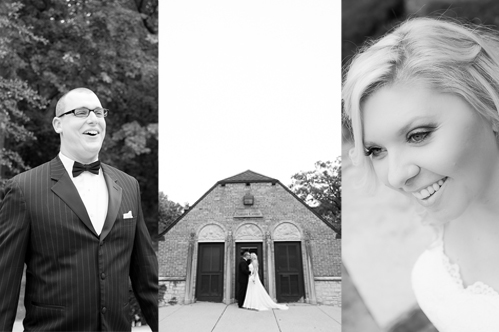 Two shooters and three different cameras captured the moment when Scott first saw Mandi at Hawthorne Glen in Wauwatosa. You can practically hear the groom exclaiming, “Wow!” (He really did!) “I fell in love all over again,” Mandi says. “Suddenly the nerves were gone and we could enjoy the rest of the day stress-free.” Photographs: Beloved | Photography by Robyn Vining 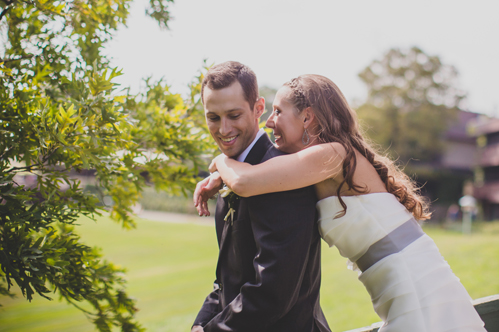 Cory waited for Meg at the base of an overgrown, winding staircase on the grounds of the Grand Geneva Resort in Lake Geneva. When she arrived, she embraced him, and the nervousness melted away. “Seeing each other beforehand allowed us to share that private moment and react candidly…away from the structure of the processional in front of our guests,” Meg says. “Later, we found out that our families and several of our guests had been watching from afar anyway!” Photograph: Studio 29 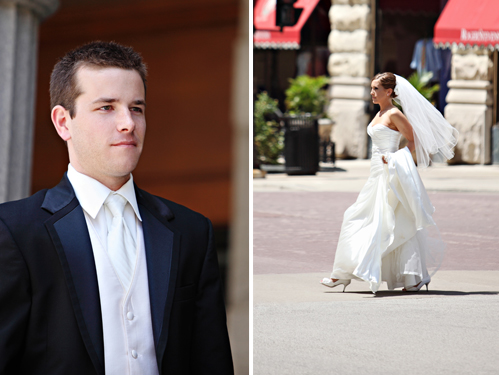 Alexis and Tyler’s Cuvee wedding was in the late afternoon, so they had a pre-ceremony shoot. They kicked it off with a first look on the stairs of the commerce building across from the Pfister, where they both got ready. “When Sarah told me to turn around, my beautiful bride was walking across the street,” says the groom. “My emotions got stronger as she approached me.”
“It was one of the best moments of my life,” the bride explains. “It was incredibly intimate and something that only he and I will share in for the rest of our lives.” Photographs: Sarah Immel Photography 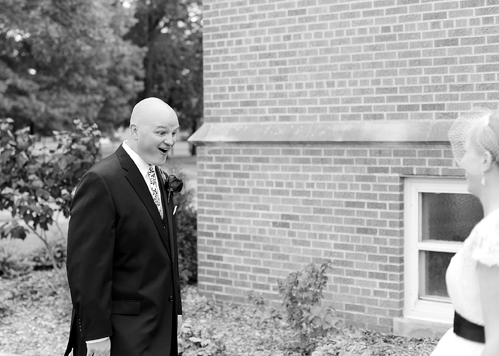 When the bride keeps her gown a secret from the groom, she’s likely to get quite the reaction when he sees her for the first time. That’s exactly what happened when Ryan laid eyes on his retro-glam bride, Kari, before their wedding in Eau Claire. Photograph: Lisa Mathewson Photography 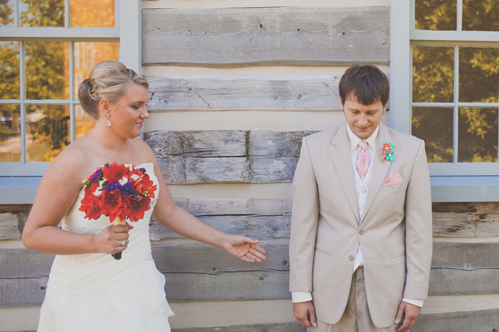 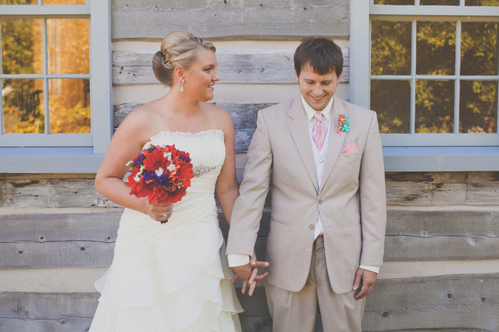 A rustic cabin at a Sturgeon Bay nature preserve was the backdrop for Jessa and Ryan’s first look. She stepped in beside him—so the photographer could catch both their expressions—and he wasn’t allowed to open his eyes until she said the word. “We are both glad we decided to do it,” Jessa says. “Not only was it unforgettable, but it calmed our nerves and put a gentle ease to the flow of our day.” Photographs: TJ Uttke Photography

Editor’s note: Please respect the talent of these photographers. When pinning, be sure to credit them!