For Megan Tarrolly, June 26 started as an ordinary Tuesday. Mid-morning, her boyfriend, Adam Dixon, called to invite her to dinner that night. He wanted to eat at the Silver Spur, the spot where they’d met and where they planned to go for their third anniversary a few weeks later.

Adam told Megan he had a gift certificate, plus it was $5 martini night. The Waukesha couple decided to meet at 7:45. What Adam didn’t mention was that he’d be there 15 minutes early to make sure everything was ready for his proposal. He even arranged for a photographer—Sarah Stevens of “I Do” Photography—to secretly catch the whole thing on camera.

As Adam drove to the restaurant, he realized he wouldn’t be able to make the last-minute arrangements he’d hoped for. “I was literally following her to the restaurant!” he says. Stopped behind a train, he regrouped and tweaked his plan.

“We were both a little nervous at dinner,” remembers Adam, who says it felt like a first date.

“I couldn’t lead on I was suspicious, because if I was wrong, I would have felt really stupid,” says Megan, who had started noticing that Adam and her mom were acting a little odd that afternoon.

When his phone rang, Adam pretended it was a work emergency and headed out to the porch to finish the call. “As I was on the phone (with our server at the bar), I texted Megan, asking her to come out on the porch,” he says. She arrived, and Adam proposed. Of course, Megan said yes. 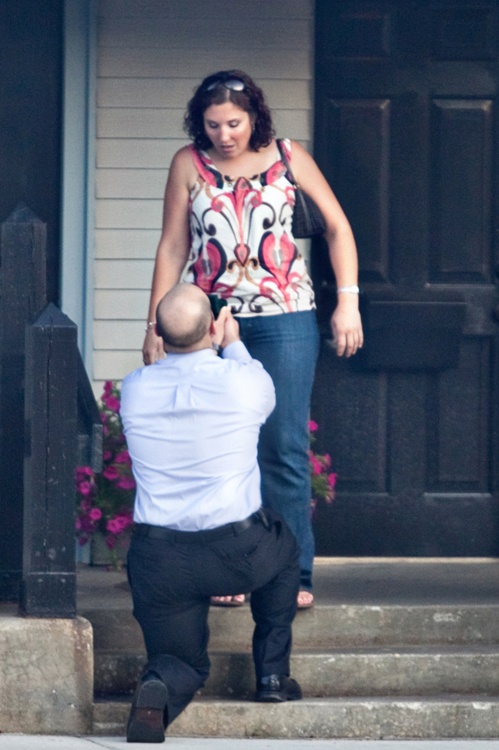 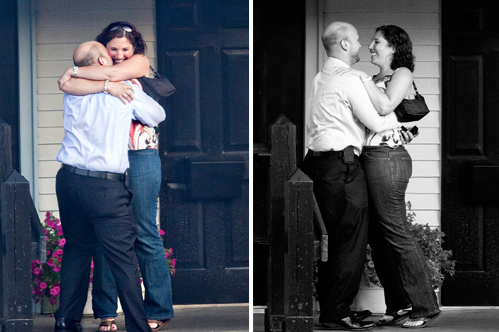 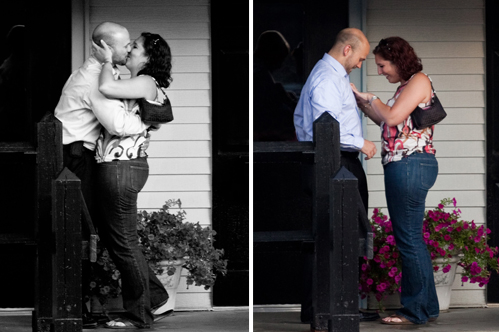 “Needless to say, I was still very surprised!” the bride-to-be says. “Honestly, I couldn’t think of anything more perfect.”

As Sarah snapped photos, she successfully stayed hidden (in her car!), and she and Adam surprised Megan with a YouTube video slideshow soon after. The couple plans to use the images in a variety of ways for their wedding, including as save-the-dates, a wedding collage and engagement photos.

“I think having the proposal caught on camera is an amazing way to start the story of a couple’s engagement and wedding!” says the photographer. “I capture a lot of different events for my clients leading up to their wedding day, and the proposal is the very beginning.”

Guys, want to get proposal photos? Sarah offers her best tips for a foolproof shoot.