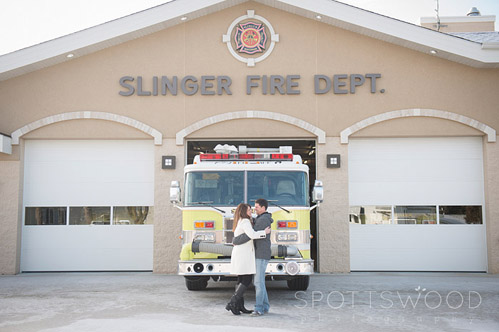 For Christmas, Andrew, a volunteer firefighter in Slinger, gave Loretta exactly what she’d asked for: a date night. But it didn’t turn out at all how she’d expected. That night, they went out for dinner and then drove to Washington County Fair Park for the holiday light show, which she’d been wanting to see. When the Slinger couple arrived at the show, they opted to listen to Christmas music on Andrew’s iPod, but soon after it started playing, Loretta started to notice something was up.

“I realized what he was playing wasn’t Christmas music at all,” says Loretta, who had been looking at the lit-up display through her window. When she called Andrew out on it, she turned and was surprised to discover that he wasn’t in the truck. Meanwhile, cars were lining up behind! Andrew tapped on Loretta’s window, and before she knew it, he was on one knee proposing while Bruno Mars’ “Marry You” played in the background. “Then all of a sudden, there were a million camera flashes”—friends had followed them into the show. After Loretta collected herself, they all went out for celebratory drinks.

It’s thanks to the Slinger Fire Department’s co-ed softball team that Andrew and Loretta (daughter of the fire chief) got to know one another, so they chose it for the location of their unique winter engagement shoot. Though the day was freezing cold, the pair had a blast. “Steven and Sarah [the photographers] made it so enjoyable,” says Loretta. “We laughed, and it was easy to smile with them around.”

Not only did Washington County Fair Park play a role in their engagement, it’ll make an appearance in their September wedding, too. The Pavilion, where they’ll have their reception, is “one of Washington County’s best-kept secrets,” Loretta says. There, guests will be treated to a live band and a catered dinner by All Occasions Catering and Bubb’s BBQ. So far, planning is running smoothly. “I love my wedding vendors,” says the bride-to-be. “I couldn’t ask for better people to work with!” 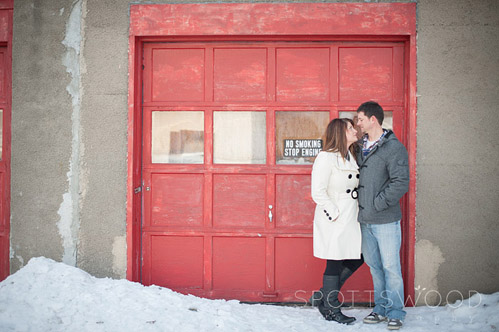 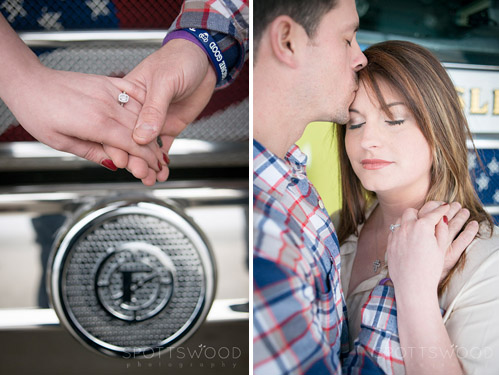 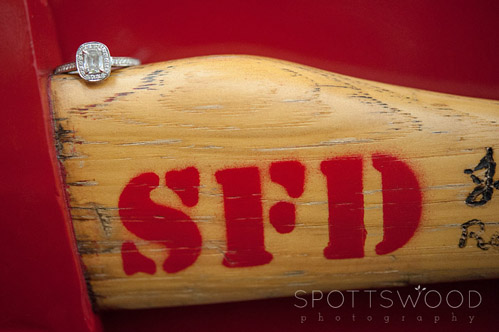 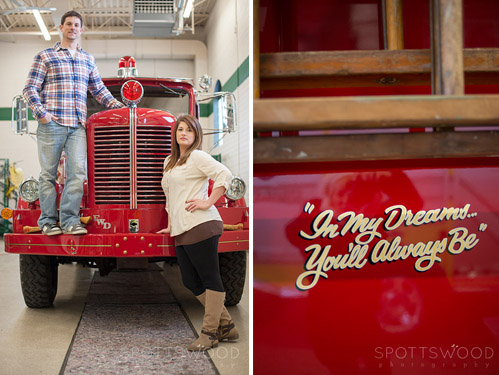 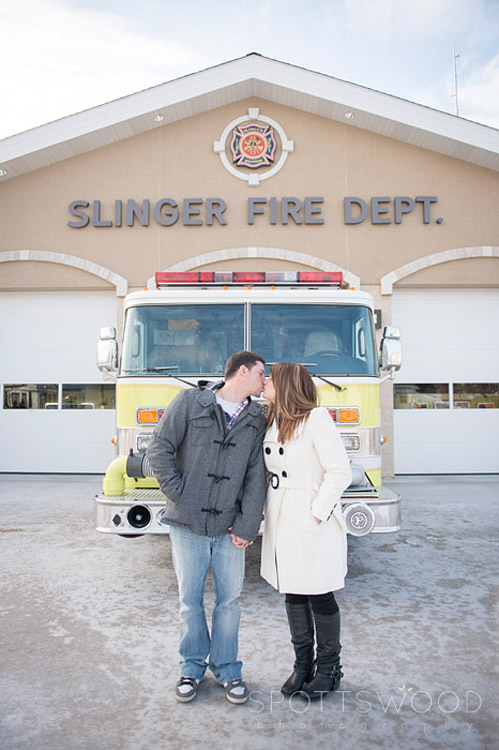 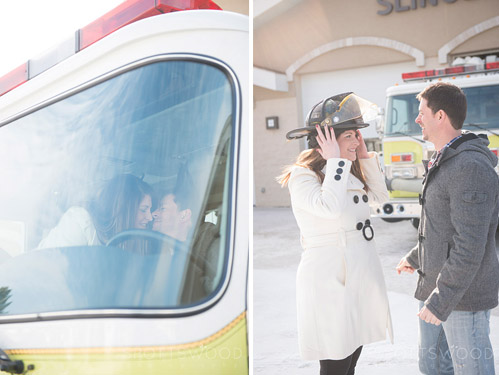 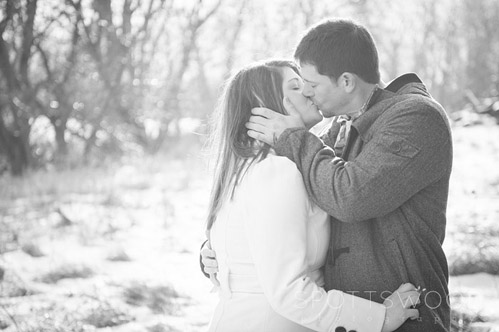 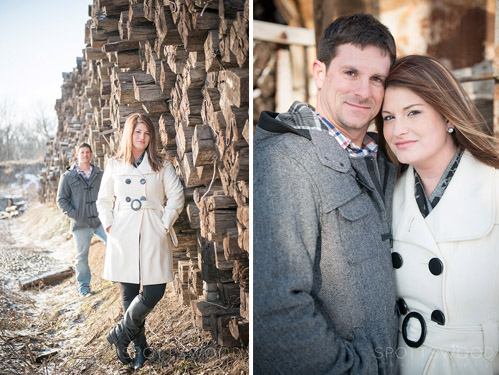 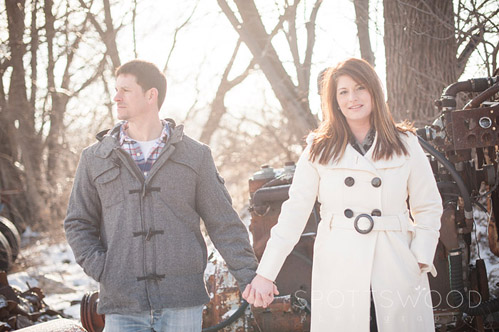 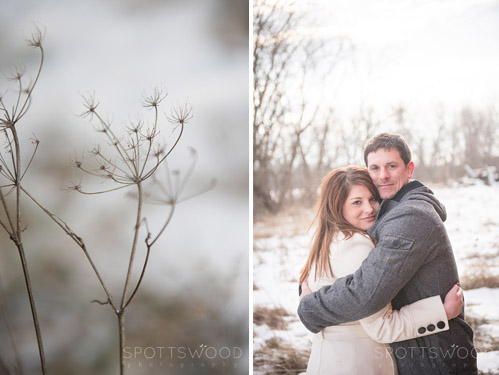 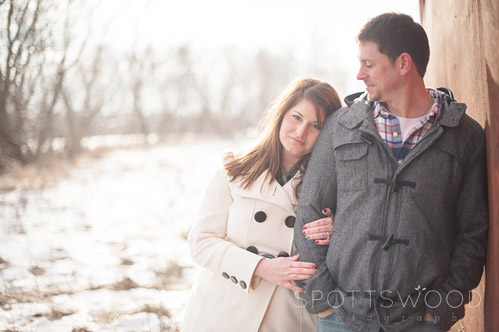