Surprise proposal at The Pabst Theater

Surprise Proposal At The Pabst Theater

Surprise proposal at The Pabst Theater 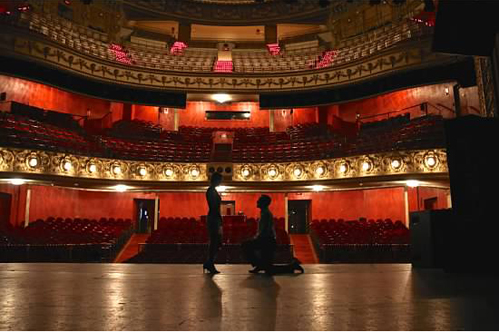 We read this proposal story and simply couldn’t wait to share it. Luke Kasten knew he wanted to propose to his girlfriend Natalie at the place they had their first date – The Pabst Theater.

On a September night, Natalie’s best friend, Hayley, helped Luke with the surprise.

“She’d told Natalie that they were headed to the Milwaukee Center for an open house they were hosting with cocktails and hors d’oeuvres for corporate event planners. Little did she know, Hayley and the Pabst staff were in on the secret so this girls night out was about to head down a completely different path,” Luke said.

In fact, Hayley had even printed event passes and a Pabst staff member was waiting for them at the side stage door when they arrived!

“They were welcomed in to a completely dark theater as Hayley escorted Natalie to the center of the stage just as the theater lights came on and she turned around to see me standing before her. She asked me what I was doing there so I think it’s safe to say the surprise was a success,” Luke said. “After saying a few words, I dropped to my knee on the stage and asked her to marry me.”

It didn’t stop there. The two headed to the front row of the Pabst and as Luke popped a bottle of champagne, the former lead singer of the BoDeans, Sam Llanas introduced himself and played a 7 song setlist for the newly engaged couple.

“You’ll be hard pressed to find two bigger fans of the city of Milwaukee than Natalie and myself,” Luke said. “I don’t know about you, but for us there’s no music that’s more Milwaukee than the BoDeans.”

After the private concert, Luke and Natalie headed to Rock Bottom Brewery where their families were waiting to join in on the celebration. Swoon! 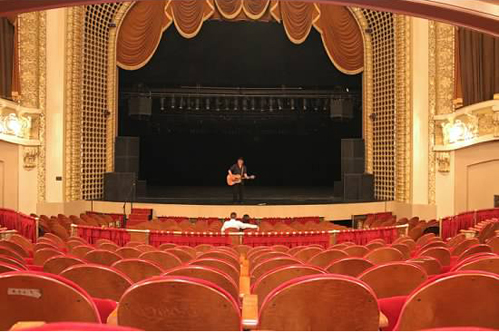 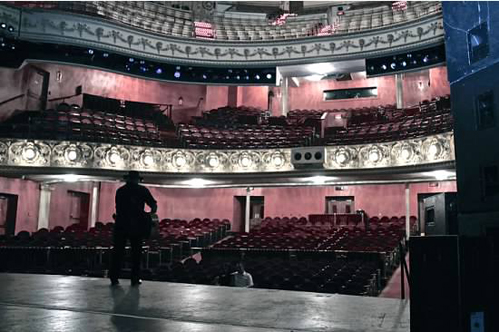 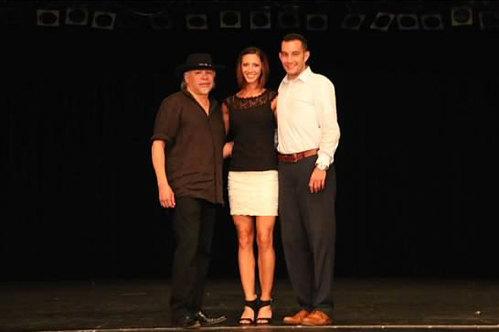 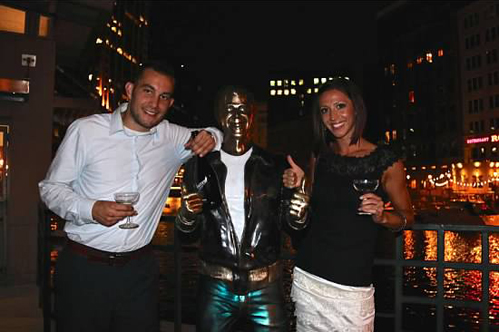